In this article, I want to lay out some of the science behind why hockey athletes get sore (and how that can negatively impact both their short-term and long-term performance) after physical activity and then lay out some strategies you can use to speed up your recovery.

Why Do Hockey Players Get Sore?

Although it’s common knowledge that soreness is something that goes hand-in-hand with difficult physical activity such a working out or playing a hard hockey game, but, what’s less commonly known is the mechanism at which this occurs.

When you can identify the mechanism, you can begin to strategize a plan to minimize it in the first place.

Muscle damage is most often linked to eccentric muscle contractions, or, the “lengthening” part of the movement (think going on the way down in squats or bench press, this is also commonly referred to as the “negative” part of the rep).

But, isometrics held for long lengths can also very efficiently cause damage to the muscle cells, concentric (the “positive” part of the rep) on the other hand cause very little damage.

These are the primary mechanisms that cause muscle damage, but they are increased in intensity by:

Looking at the above list of both mechanisms and intensifiers, it’s very easy to create an example for each and every single one of them and say that hockey players are subjected to all of these.

And you know what, that’s totally true.

So it then begs the question, does it really matter?

Is Muscle Damage A Problem for Hockey Players?

Yes, it definitely can be.

The problem with muscle damage is, well, it hurts.

And when something hurts, it negatively impacts:

Naturally, hockey players don’t exactly like to have crappy workouts or perform like crap in their next game, so, muscle soreness is a major problem.

The double-edged sword here though is that in order to continue to make progress you’re going to need to deal with some level of soreness or else you’re not training hard enough in order to make gains.

This goes for speed, strength, conditioning, and pretty much any hockey quality that you want outside of mental-performance training.

Sports science has allowed us to analyze these moves biomechanically to determine the types of strength they require in order to improve.

So for instance, while eccentric strength (the MAIN cause of muscle soreness) is great for the hamstrings in sprinting performance (and thus, will translate out on the ice to greater speed) — and that the quadriceps are great for change of direction speed, then all of these movements benefit from improving your high-velocity strength.

Because of this, it causes very little muscle damage — and is one of the prime reasons why I use this type of training methodology to “peak” my hockey athletes prior to tryouts or prior to the onset of the next competitive season.

So, although muscle damage is a problem for hockey athletes, because of the way we train it is not as big of an issue as it would be for some other sports such as bodybuilding, powerlifting, or Olympic lifting.

As usual, the optimal approach here is likely a balance between all of the factors while also taking careful consideration to yourself as an individual and knowing what works best for your body.

Hockey athletes have it pretty good because all of the things that cause the most muscle soreness are GPP (general physical preparedness) based, and GPP work has the largest emphasis in the early phases of the off-season where it doesn’t really matter if you’re sore or not.

When it’s early in the off-season, you should just suck it up and train your butt off.

Then, as you move further into the off-season and into the competitive season, much of your training program design is SPP (specific physical preparedness) based where high-velocity strength is abundant and not causing any major muscle soreness despite the high efforts being used each training session.

Scientifically validated strategies for reducing muscle soreness would include:

I would recommend looking at the above list and pick two areas where you know you need the most help and then read those articles and implement the provided strategies.

Doing this will make sure you cover the most important aspects of recovery and also individualize your approach at the same time because you will be focusing on the things you need to focus on most at this point in time.

The time it takes our performance to return to baseline levels after a workout is called “performance recovery”.

It is a standard way of assessing whether or not you are fully recovered from your previous workout and are fully ready to do your next one.

Your performance recovery is impacted by three things:

Of these three, muscle damage is likely the most critical because of the degree of limitations it places on your strength, range of motion, and technique.

Hockey players need to minimize muscle soreness by creating optimal training programs with periodization schemes that take the “big picture” of the whole training year into mind so that GPP and SPP work gets programmed accordingly.

To get access to real hockey training programs that drive real results while minimizing your fatigue-debt, check out the Hockey Skills Accelerator VIP Program. And for free access to an explosive speed package that utilizes some of the high-velocity strength methods I discussed today, click here.

Hockey Recovery: Should You Do Ice Baths?

How To “Wind Down” After Hockey Games 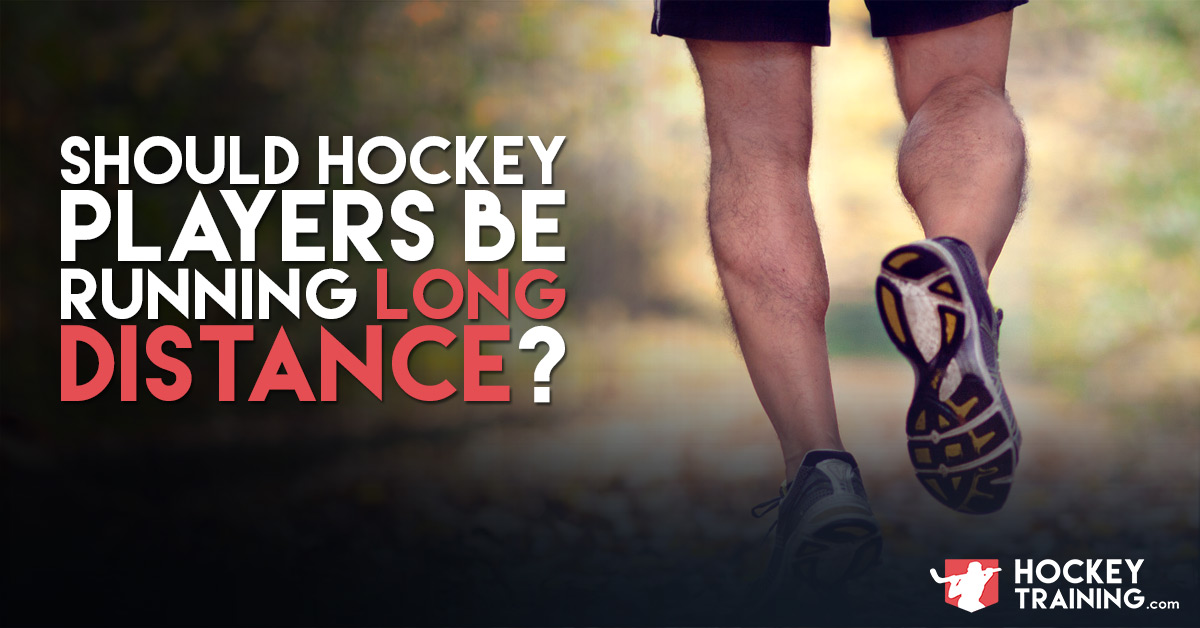 Is running long distance bad for hockey players? Yes and no. As I have outlined in another blog… 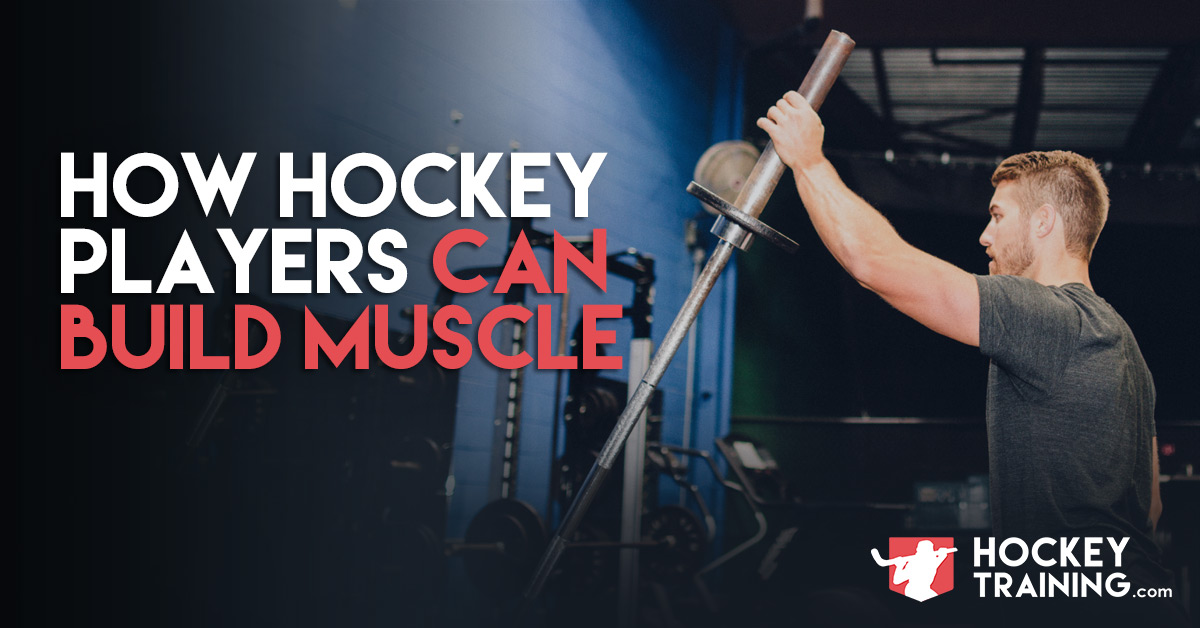 How Hockey Players Can Build Muscle

When it comes to building muscle mass for hockey athletes, you need to have an adequate intake of… 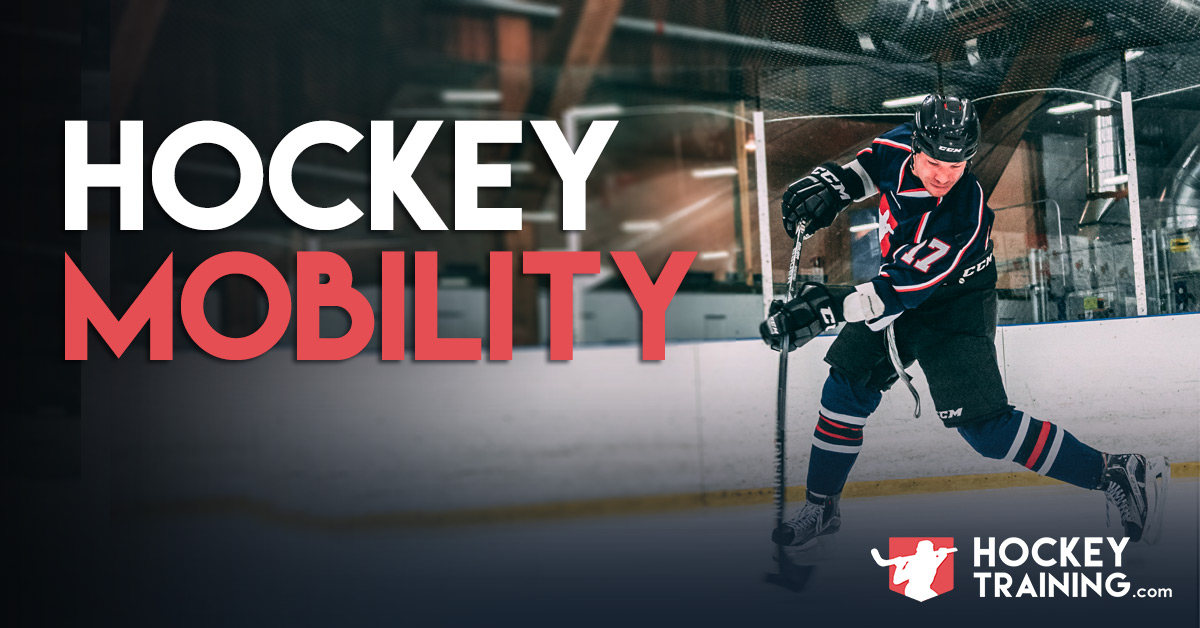 Welcome to the Hockey Mobility Training guide.  This is a comprehensive guide teaching you why mobility is important…