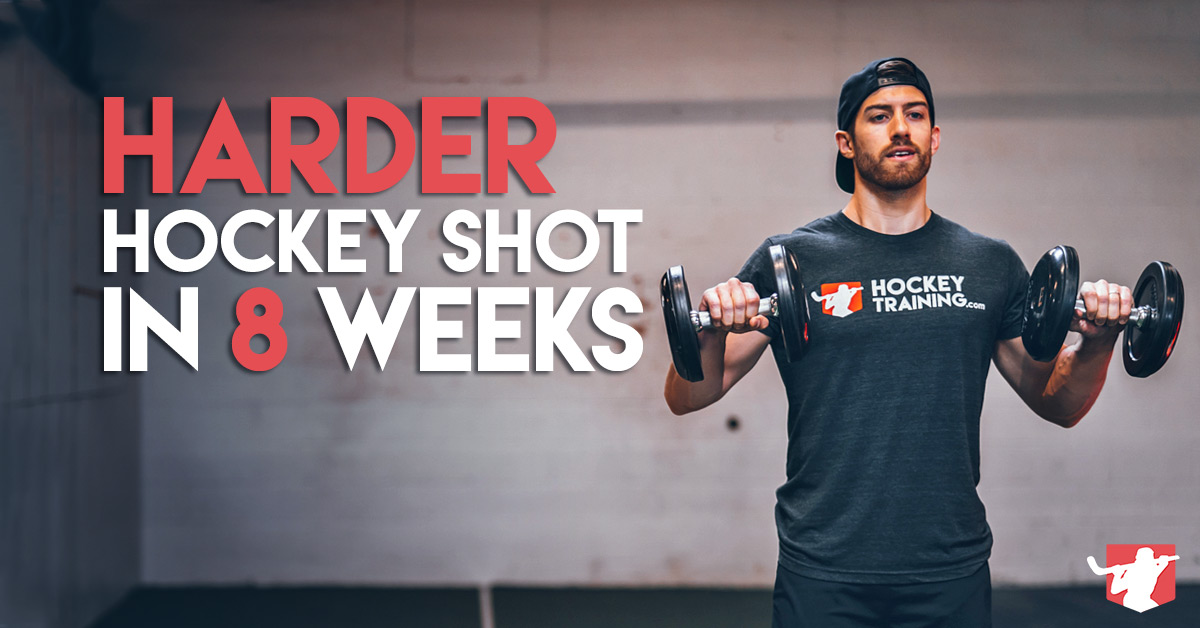 When it comes to hockey performance, you need to have the ability to express maximal force in the shortest timeframe possible.

The faster you can express force into the hockey specific planes of motion, the more explosive and powerful you’re going to be on the ice.

The shot is no exception here.

Here’s what we’re going to take a look at today:

Proper hockey training requires understanding the energy systems and muscle recruitment that is used out on the ice and reverse engineer those steps accordingly so we can train exactly how we need to in order to improve your performance, and not just make you stronger.

For the shot, it very much comes down to your rotational power, posterior chain development, and grip strength.

The fundamentals of improving shot power should revolve around all of the muscles that are loading and exploding during the shot.

Watch any hockey player who is known for his shot, the motion will always begin with the rear leg being loaded, a rotation of the hips and core first backward and then progressively forwards as they fire through the shot through with the arms and lats as the puck explodes off the stick.

In the case of improving the force output of this process; the shot is a low load, high-velocity rotational power movement, and should be trained as such.

Additionally, it is heavily supported by relative strength, specifically in the lats, hips, and core.

In large part, the entire body’s relative strength is important in the shot as it is truly a total body movement depending on many different links in the movement chain.

But, if we are creating a hierarchy of what is going to create the biggest impact in your training, the lats, hips, core, grip are likely to rise right to the top…. with rotational core power being on the top of that totem pole.

You now know what muscles and actions you need to do in order to improve your shot power and take your game to the next level.

The Best Exercises For Increasing Your Shot Power

Although I am going to briefly discuss all of your back work here, my favorite exercise in this category to improve shot power is without a doubt the wide grip pronated pull-up (above) as it checks so many boxes:

This combination makes this exercise one of the best “bang for the buck” hockey shot power movements in the industry today.

With back training, we don’t just stop at the pull-up though…

Because of the many different muscle groups in the back, your workouts need to include an even distribution of both vertical and horizontal pulling exercises as these are all going to play into your shot power.

The best vertical pulling exercises would include all variations of pull-ups, chin-ups, and lat pulldowns.

Due to the wide range of fiber distribution in your back muscles, it is wise to incorporate a range of 6-20 within your programming.*

*This is not to mean your rep range for all workouts should be 6-20, I mean this is the range that is best to work within throughout the year. For example, for one phase your rep range could be at 6-8, but the next could be 18-20.

Nothing replicates the low load/high-velocity nature of a hockey shot better than medicine ball throw variations.

This is arguably the most sport-specific exercise you could ever use to improve shot power.

Here are some important notes on technique and loading/exploding:

This is how you can best use the medicine ball to improve your shot power.

Don’t forget the pause at the end of the movement as it teaches you to load and explode with all of your force, and not just bang off a bunch of reps.

Think about if you’re in a hockey game, do you get to just fire off 10 slap shots in a row?

Or is it one controlled load and explode effort?

We need to pause so you can focus on creating power, and not rotational speed conditioning.

The deadlift is one of the most popular movements in the entire exercise field.

It incorporates nearly every single muscle in the body and the weight you are able to add to the bar allows for a massive stimulus for muscle strength and power to be created.

This exercise absolutely smashes the glutes, legs, core, arms, grip, and the entire back.

Anything that’s producing whole body power (which includes the hockey shot) will be supported heavily by some good deadlift work.

Do not fall for the claims that it is bad for your back, as this has been debunked in the literature many times over. It’s not the deadlift that is bad, it’s how you perform it.

The deadlift should be a mainstay in your yearly programming and should be trained in multiple variations for the most complete development.

Sumo deadlifts, conventional deadlifts, trap bar deadlifts, Romanian deadlifts, and any other variation you can think of should all make an appearance from time to time and be progressively overloaded to ensure optimal carryover into your shot power.

Although grip training seems simple on the surface, it’s a little more complicated then most people give it credit for.

You can’t just grab something hard and think that it trains your grip strength effectively over time.

For example, wrist curls and wrist roller exercises are great for the forearms, but they don’t specifically train the muscles used in gripping.

The muscles you need to concentrate on are located in the hand and they don’t run across the wrist (from an anatomical perspective).

I have had coaches suggest to me in the past that they just have their athletes squeeze a tennis ball, but here we have three major issues:

Which is fine because there are many more intelligent ways in which we can train our grip in existence today, even using the most basic equipment.

Why Would Hockey Players Train Their Grip?

Actions such as passing, wrist shots, and snapshots are largely a result of the amount of force you can generate within your hands, forearms, and upper arms.

Because of this, enhanced grip work will have a very obvious transfer to enhanced performance in these areas.

If you’d like to learn more about this, I wrote a hockey grip strength guide that you should check out.

A powerlifting coach (with little hockey training knowledge) would probably tell you that “the big movements are enough” when it comes to training your grip.

Although that’s true, it’s a far cry from a complete approach. This is why they are powerlifting coaches and not hockey performance coaches.

Those exercises would improve grip performance in those lifts, so they would see that as a “win” — whereas I, on the other hand, would only see it as a win if you are objectively shooting harder out on the ice.

Your grip training program should apply force to your muscles through every range of motion they are active in, so if you’re not including:

Then you don’t have a complete and hockey specific grip training approach.

Not to mention, using grip-focused exercises is a much safer approach than trying to increase the time under tension in a deadlift which can put your entire body in more injury-prone positions.

Below is a periodized approach to developing your grip strength to create a harder wrist shot, snapshot, pass, and slap shot.

This 8-week system can be added to any training program that doesn’t have a dedicated grip strength portion (most don’t).

Perform the following four exercises in a giant set fashion. Meaning, you will perform all three exercises with no rest in between, then, rest for two minutes once you have completed the third exercise.

Repeat for three total rounds, and perform this workout 1-2 times per week after an upper-body or total body training day.

Perform the “A-series” and “B-series” of this workout in two different supersets. For example, you will perform your reps of “A1”, rest 10 seconds, then perform your reps of “A2”, then rest 90 seconds before going back and repeating all three rounds of your A-Series before moving on to your B-series and doing the same thing.

Perform the above workout only once per week after an upper-body training day.

Using proper progression overtime and executing these moves with perfect technique will dramatically enhance your ability to produce maximal force in a short timeframe, produce a high amount of rotational power, and send pucks into the net on a weekly basis.

If you’re interested in learning more about improving your hockey shot power I recommend our Grip Strength Program “Lighting The Lamp” or either our In-Season or Off-Season Training Program found on our Hockey Training Programs page.

Dan (or Coach Garner) is a Hockey Performance Specialist and the head coach at HockeyTraining.com.

He holds 12 of the top certifications in both training and nutrition, as well as a formal education in both functional medicine and health science.

Dan specializes in hockey performance, having worked with thousands of athletes from the youth leagues, right up to juniors, AHL, KHL, and NHL. 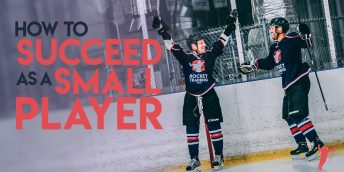 How to Succeed as a Small Hockey Player 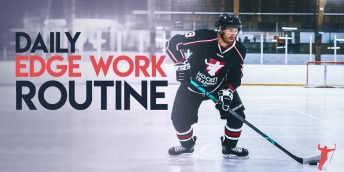 Daily Edge Work Routine To Make You A Better Skater 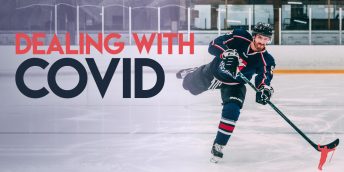 What to Do if Your Hockey Season Has Been Delayed (COVID) 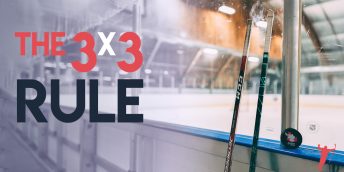 5 Movements for a Stronger Backhand 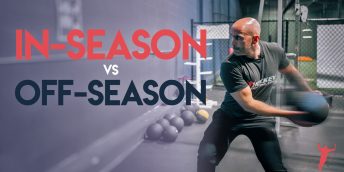